Indonesia is known to be a place where there are many species of animal living in it. it makes Indonesia as small animal world that might be interesting to explore.

Moreover, in it there are some animals which are included as endangered species so that they need the attention not only from Indonesian people, but also people in all over the world. 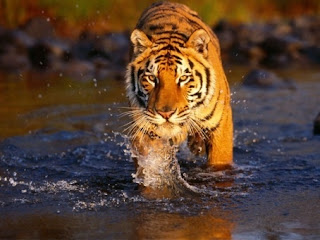 Besides the endangered species, in Indonesia there is also some other species of animal which are already extinct. One of it is the Javanese Tiger.

This tiger lives in Java Island and known to be extinct since approximately 1980s. The primary thing that causes Javanese Tiger to be extinct was the illegal hunting which was done to get the beautiful skin of this tiger.

Besides, the expansion of farm field reduced the natural habitat of Javanese tiger so that they did not have enough space to live.

It is then become one of significant differentiating factors which can help people knowing that this is the Javanese Tiger.