More about the Snakes

Most people are afraid of snakes because they are potentially deadly due to their venom.

Snakes are available in all continents unless the Antarctica.

In animal world snakes are known for their legless body.

They are elongating and crawling reptiles, which are different from lizards because they do not have eyelid and external ears.

Like all other squamates the snakes are covered by overlapping scales. 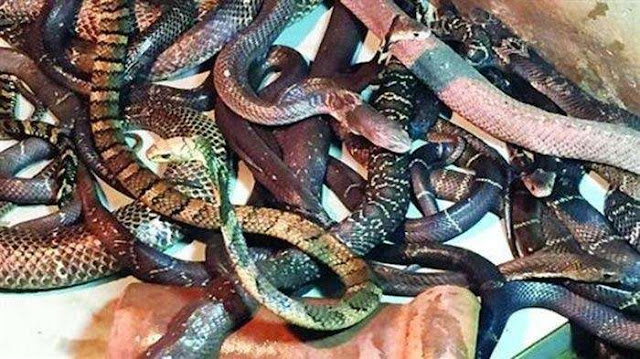 They are ectothermic and amniotes.

Currently there are fifteen families of snakes have been identified encompassing 456 genera as well as 2,900 species.

The longest snakes are the anacondas.

A snake fossil of 15 meters long has recently discovered.

It is thought that snakes have evolved from their aquatic or terrestrial lizard ancestors during the period of Cretaceous.

During the Paleocene period the modern snakes appeared.

Most species of snakes are non-poisonous and some species that are venomous only use their venom for a self-defense mechanism.

However, the poisonous venom of snakes have the potential to kill humans.

Some species of snakes that are non-venomous can kill their prey either by swallowing or constrictioning.