Crocodile Is Beast: Is It True?

What comes in your mind when you hear about crocodile?

Most of the people are afraid of this animal.

It is because crocodile is believed to be one of the fiercest creatures in animal world.

Well, such thing is actually very normal by considering the nature of the crocodile.

This animal is a carnivore. It means that it consumes meat.

Such skeptical mindset of the people about this animal gets worse because there are some facts which say that crocodile might eat human.

Yes, indeed, such facts are true. 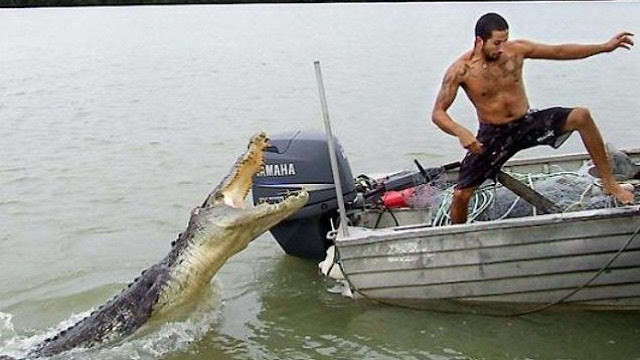 There are some occasions which can be used as the proof.

So many crocodiles were hunted in the past time because they eat people starting from children to adults.

Well, although it is true that crocodile can be categorized as beast but actually this animal will not harm the people if it is not disturbed first.

Normally, the facts which show that crocodile eat people are started by the situation that the crocodile is disturbed first.

However, the problem is that it is quite often to happen that the people do not realize that they are disturbing the crocodile.

Just take the example of the children who play near the river without noticing that they are approaching the crocodile’s lair.

Indeed, the animal instinct of the crocodile will protect the lair by attacking the children.

Well, from that explanation, it is obvious that we need to be really careful when we are dong some things near the river.